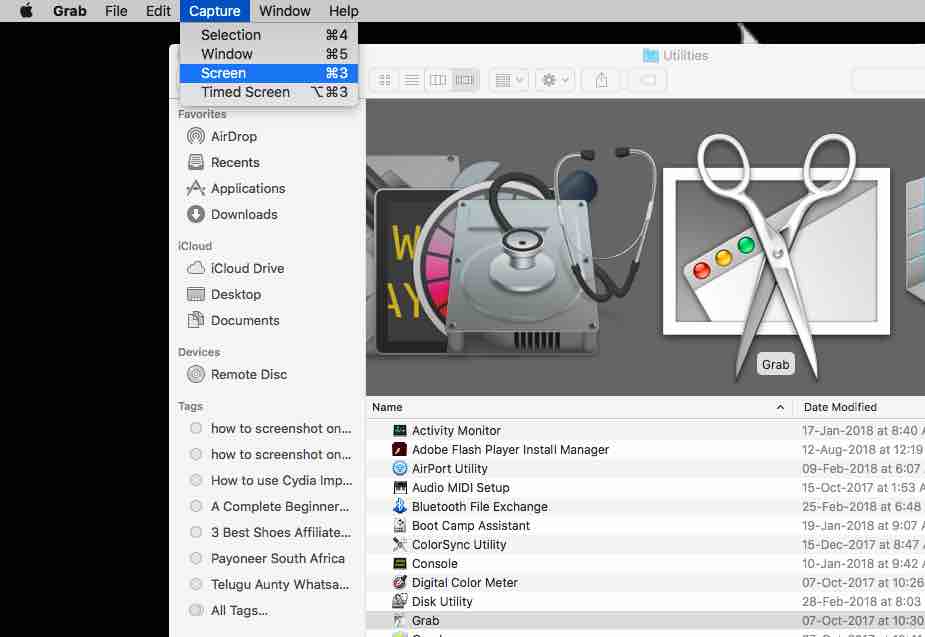 The Apple Laptops or computers including the Macbook Air / Pro / MAC Mini / Desktop work in a similar way. With this you can screenshot on Macbook Pro 2011 / 2017 / 2018/ 2019/air/new air as well. The operation to capture screen is similar on every Apple Macbook device. When you recently start using the Apple computers, you feel a necessity to know how the basic operations are done.

Aso Read: How to Turn on Airdrop and exchange files on MAC.

I am using my laptop since almost 5 years now. Still, many a times, i have to rely on internet for some queries. Though these are not the basic one’s. I feel difficult, when i am automating my computer operations. That time, i seek for online help.

Anyways, let’s stick to our topic.

How to Screenshot on Macbook

Supported devices List where you can screenshot using above steps:

When you want to fully capture the screen of the computer, you can press “3” instead of “4”.  This is similar to Print Screen of Windows.In that case, entire screen will be captured and saved in a document. You can edit the content anytime you want. It behaves like a normal image file only.

To capture a screenshot without Keyboard on Macbook Pro / Air / Mac Mini / Desktop:

You can use the ways to take the screenshot on any of the apple device. The file is very useful in many case. You can send the screenshot to your friends as well. The tricks are popular and are very simple. You can subscribe to the notifications and stay updated.

Here is even more interesting stuff you can read: